When will we ever learn?  The story here is about a lawsuit by lawyer Moira Bernstein, who complains, on behalf of a purported class, that by listing her plain-vanilla attorney name and address and regular old directory information on Avvo.com while festooning her unremarkable data with competing profiles, she’s been wronged.  Actionably. 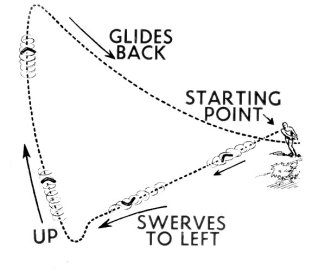 J. Michael Keyes from Dorsey & Whitney, the guy who clocked those clowns in the Southern District of Florida on behalf of Angry Birds and who blogs at TheTMCA.com (and a Friend of Simon), has been watching the Avvo-suing-lawyer business for a while.  “Avvo has been sued at least twice before over its lawyer rating system–and it prevailed both times. In one of those cases the court ordered the plaintiff to pay fees to Avvo,” he points out.

Courts are loathe to silence the rating of professionals and reduce the flow of information to consumers of legal services, Michael notes, and he’s right — not only regarding professionals, of course, as we demonstrated here, for example, in our own unique way — in fact, the claim linked to there, reported as Boarding Sch. Review, LLC v. Delta Career Educ. Corp., 108 U.S.P.Q.2d 1785 (S.D.N.Y. 2013) is almost identical to the one being made by Bernstein in Illinois, although it is not based on the right of publicity; it is still every bit as silly. (Boarding School Review is doing fine, by the way!)

“It’s hard to see how a lawyer’s right of publicity–the right to control the commercial use of one’s name, image, or likeness–could trump the right of the public to have access to this information,” Michael says.  Obviously, it can’t, even if Avvo’s ratings are a little goofy.  Hey, it’s a free country!

It’s nonsense to try, especially against third parties such as Avvo that can afford to fight back, and especially considering the ever-loving Streisand effect, unless that is what Ms. Bernstein, perhaps, intended. It’s possible; she is not the least bit afraid of being quoted, or the like, and who would I be to say?

But her right of publicity case seems very much to stink. Right of publicity laws are meant to prohibit a third party from commercial exploitation of someone else’s image, “for example, on a coffee mug or t-shirt without their permission. These laws are not used to prohibit dissemination of factual information or even opinions about lawyers,” as Michael observes.  They aren’t meant to prevent third parties from generating listings — even if  those listings, in turn, are used to generate income, as we demonstrated in Boarding School Review.  As Eric Goldman said regarding that case:

Basically, the colleges tried to use trademark law to shut down the review website from building product pages in an ad-supported website. These efforts to depopulate a product catalog’s taxonomy pose a serious threat to the integrity of review websites, and it’s great to see the court reject the effort.

Same thing here, but even more powerful, as Michael Keyes point out, where a public interest such as attorney listing information is implicated.  There’s no meaningful distinction in the right of publicity claim as opposed to the trademark claim, it’s just that most lawyers aren’t stupid enough to claim a trademark in their names.  But some are making a name for themselves, at least… maybe just not the name they think they are.