CitiGroup is itself a metropolis of trademark issues. The CitiGroup Center, which is right out the window of my office (over my shoulder in the picture), is a landmark building, i.e., a de facto trademark for the company on the New York skyline, of which it is one of the leading and tallest lights. In the picture below, taken from the east, you can see how its distinctive angles tower jauntily over the lovable rust-colored “lipstick”-shaped [former] LIKELIHOOD OF CONFUSION Building at 885 Third Avenue. But of course, buildings can’t really be trademarks, can they? If they can be, the CitiGroup Center is. 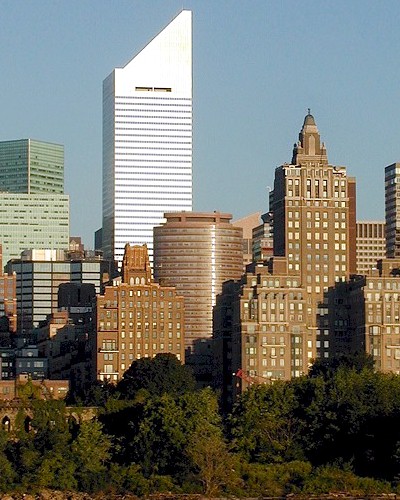