Domain names and fair use 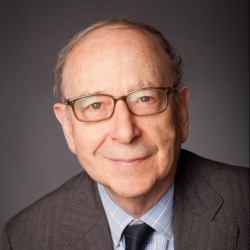 The continuum of defenses to claims sounding in trademark that runs from free speech, through fair use to nominative fair use is a longtime topic of interest around here, from the beginning of this humble endeavor through right about still.  Luckily, when it comes to domain names, Gerald Levine continues to give it away for free.  Now the author of the gospel for domain name law, Domain Name Arbitration, hasposted a great piece on his blog called, “Noncommercial and Fair Use in Rebutting Claims for Abusive Registration of Domain Names.”

I dropped “noncommercial use,” as distinct from fair use, from the title of this post for snappiness purposes [Update:] — and because I will be dealing with the protected speech part in a subsequent post, please God.

As Gerry points out, this piece extends an earlier treatment of his on the same topic but focusing on judicial, not UDRP arbitration decisions.  You need both.  From the introductory section:

The UDRP lists three nonexclusive circumstances for rebutting lack of rights or legitimate interests in domain names, which if successful also concludes the issue of abusive registration in respondent’s favor. The third circumstance is “you are making a legitimate noncommercial or fair use of the domain name without intent for commercial gain to misleadingly divert consumers or to tarnish the trademark or service mark at issue.” Noticeably, 1) what is legitimate is expressed in the disjunctive (it is either one or the other); and 2) the “without intent” clause is not “without intent for commercial gain” but “without intent for commercial gain to misleadingly divert consumers.”  In other words, there can be commercial gain as long as there is no intent “to misleadingly divert consumers.”  The term “fair use” is generally associated with protected speech; the right to express opinions in the form of commentary or criticism, but nominative fair use which fails under “noncommercial” (because it is definitely not that) qualifies under “fair use.”

How panelists construe these very different “fair use” circumstances open a window into the assessment process and of the determining factors for proving or rebutting legitimacy. In both nominative use and protected speech legitimacy rests on answering the “why?” question. Incorporating trademarks is intended to achieve particular and lawful ends which in either instance is beneficial to consumers even if intolerable to owners.

Why can’t UDRP adversaries just get along like these cute Swarovski bunnies?

Or perhaps, even if it seems intolerable to owners.  It’s really almost always quite tolerable.  I particularly appreciate Gerry’s formulation:  “In both nominative use and protected speech legitimacy rests on answering the ‘why?’ question.”  Why, that is, are you using that particular trademark?  Good excerpt here that provides great “takeaway” on nominative fair use in the UDRP context:

Over time the right has expanded from dealing in owners’ products (authorized in the case of Okidata but now including unauthorized resellers, service providers, and distributors) to include what is now also permitted under U.S. law, namely using domain names descriptively for goods or services identifiable to consumers from the trademarks but not in competition with the owner. . . .

While Respondents in Oki Data and Jaguar Land Rover passed their tests (authorized dealer of OKIDATA products and offering a service different from and noncompetitive with trademark owner) the Respondent in Swarovski Aktiengesellschaft v. Registration Private, Domains By Proxy, LLC, DomainsByProxy.com / Steve Hosie, CJ, LLC, D2015-2351 (WIPO March 7, 2016) () did not. The Respondent contended that “(i) the disputed domain name was purchased legally and within the legal fair use laws concerning domain names, and is being used by the Respondent under ‘Nominative Fair Use.’” The Respondent continued with a list of other reasons the registration was lawful.  However, the three-member Panel in Swarovski was not impressed:

But Respondent fails the test because

Respondent fails the “why?” question by admitting it intended to sell its own jewelry thus misleading consumers looking to purchase Complainant’s jewelry, which is both a violation under paragraph 4(b)(iv) and a classic example of trademark infringement.

Fair enough, no pun intended.  You can’t benefit from the nominative fair use permit to use trademark A in your domain name when you’re selling not only product from A but also product from B — all the more so when what you claim is “A” is really your own product but merely incorporates stuff made by A.

What is troubling, however, is that although, as Gerry observes, domain arbitration cases have, like trademark law in general, caught up to the concept that  unauthorized resellers and distributors can also benefit from nominative fair use, the passage just quoted from the Swarovski decision would give you a very different impression.  Although the registrant clearly fails the “A and B” standard I just mentioned — and therefore was not a bona fide seller, at the website, of Swarovski merchandise only — the panel introduces that conclusion by noting, emphasis mine here, that “the Complainant has indicated that the Respondent is not, and will never be, an authorized reseller of jewelry made by the Complainant.”

Why “authorized”?  Yes, I trust Swarovski to tell me who is and is not an authorized reseller, but how is that even a question here?  The issue is not dependent on “authorized,” but, rather, on “reseller,” which the panel determined the registrant was not.  The panel’s reference to authorized status and its sole reliance on the representations made by Swarovski as grounds for its conclusion are troubling, even though it seems to have gotten the result right.

This is of a piece with what we hear all too often about UDRP proceedings, and we can’t blame Gerald Levine for that.  They decide, he reports.  More on this, and the “protected speech” cases discussed in Gerry’s post, to come.