Shot with his own gun

This isn’t the first time we’ve written about brand owners who shoot themselves in the foot with their advertising. And, I’m sure it won’t be the last.

As we’ve discussed before, touting the function of a product design feature can kill any hope of owning non-traditional trademark protection in that feature.

The latest example from the Trademark Trial and Appeal Board (TTAB) relates to a claimed mark consisting of “a three-dimensional configuration of external helical fluting around a gun barrel.”

Great article by one of the great ironmongers in the field today concerning the failure to hit the registration mark by E. R. Shaw, maker of precision firearms.  No surprise there.

But, as ever, I was confused — no fault of Steve’s — about the concept.  Everybody knows, of course, that the reason a rifle is called a rifle is precisely because of rifling — the revolutionary development that projected firearms past the ball-and-musket era. 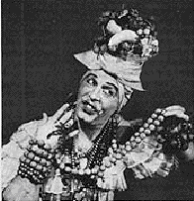 This (rifling) is not to be confused — there I go again! — with either riffing or riffling, much less ruffles, as distinct, of course, from Ruffles, only the latter of which has ridges.

No, so my point is — rifling, of course, is inside the barrel.  This trademark application for, what?  Well, as it says:  “External fluting around a gun barrel.”  So, what — there’s kind of “rifling” on the outside of the barrel?  Well, look at the picture!  Ok, excuse me; that just looks like a stubby silver Twizzler, frankly.

Okay.  So, at right, this what the E. R. Shaw precision rifle barrel looks like with its cool-looking flutes (right) and attached to a gunstock.

It turns out, though, that the question of functionality in the opinion does indeed end up hinging to some extent on whether or not the external fluting does have a functional correlation to the internal rifling, as a dumb-dumb bullet such as your blogger might have thought.

If this is of any interest to you at all, read on.

It turns out that the related utility patent states (per the TTAB decision found via Steve’s link):

Well, really, you can stop reading after the first sentence, right?  The flutes or grooves have a functional purpose; they’re not ornamental.  But here’s the thing concerning the inner rifling and the outer fluting that I find so groovy:

In short — and LIKELIHOOD OF CONFUSION®, if this has not long been eminently clear, is no patent lawyer, no engineer and no gunsmith — but it appears that while the outer flutes are not “in fluid communication with” the rifling — they don’t “echo” it externally — there is some sort of intended interplay in the structure between the inner grooves and the outer ones beyond the mere semantic suggestion of rifling, supposedly delivering advantages in rigidity of the barrel as well as cooling and torque characteristics.

These, the PTO determined, are very functional indeed.

If they didn’t, as Steve says, shoot themselves in the foot with their advertising, it seems, the E.R. Shaw folks certainly did so, at least in terms of trademark registration, by seeking not only utility but design patents.  You don’t get all three for the same feature; or, at least, you shouldn’t.

The TTAB decision is, by the way, and of course, also covered by ironmonger John Welch.